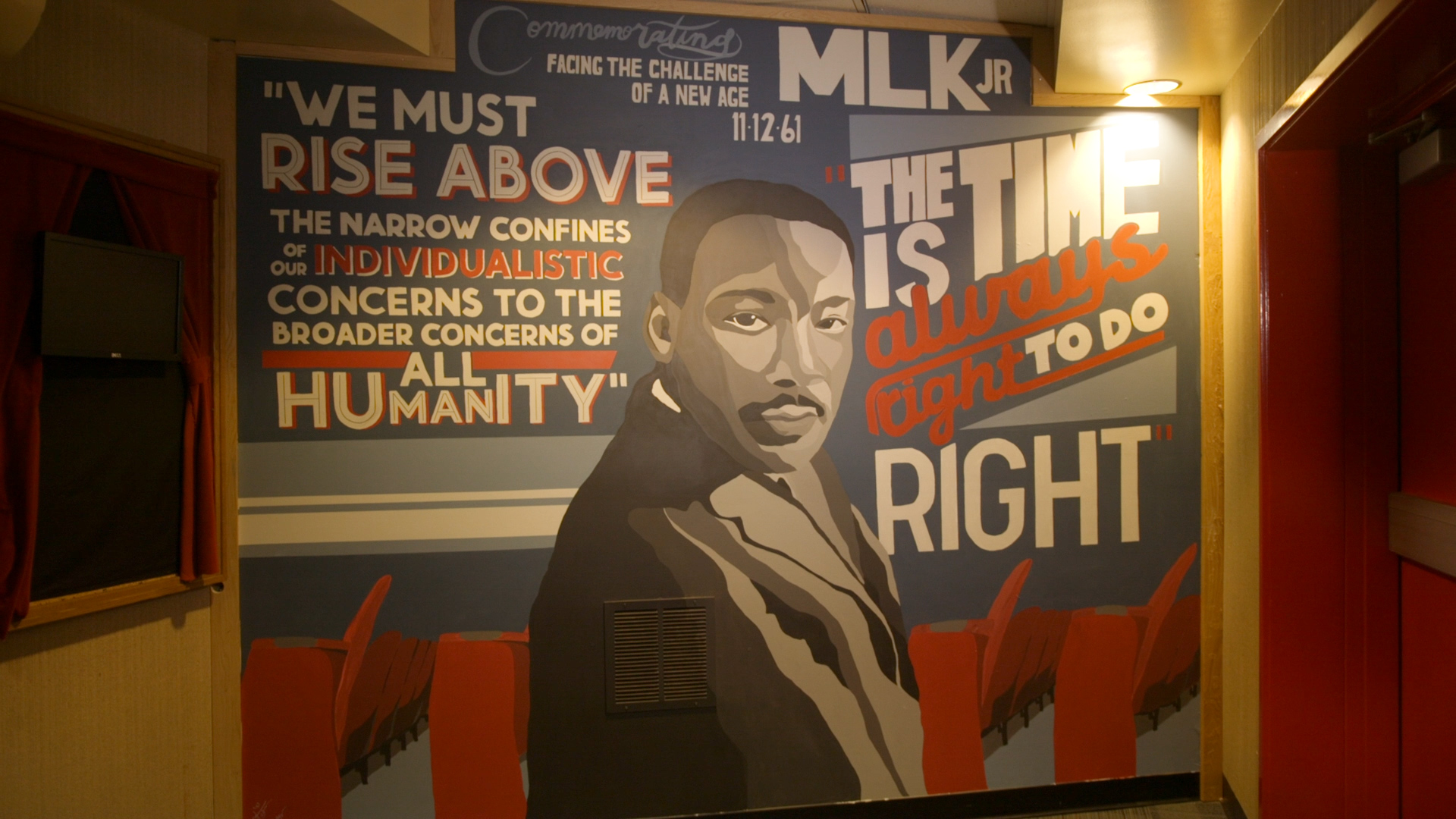 Mankato, Minn. – The Kessel Peace Institute at Minnesota State University, Mankato announced that the premiere screening of a 40-minute documentary film about a Nov. 12, 1961 visit to Mankato, Minnesota, by Martin Luther King Jr. will be available for free public viewing via a Zoom webinar at 1:30 p.m. on Martin Luther King Jr. Day (Monday, Jan. 17).

Advance registration is required at: https://sbs.mnsu.edu/mlkdoc

The Kessel Peace Institute, part of the College of Social and Behavioral Sciences at Minnesota State Mankato, collaborated with True Facade Pictures to make the documentary film. A preview of the film was released on the 60-year anniversary of King’s visit to Mankato (Nov. 12, 2021).

Jameel Haque, director of the Kessel Peace Institute and professor in Minnesota State Mankato’s Department of History, is the coordinator for the documentary.

According to Haque, the film explores the history, context and legacy of King’s visit to Mankato.

During his visit, King gave two sermons at Centenary Methodist Church and a speech at Mankato High School (in the building that now houses Mankato West High School).

Haque said the film reflects on “where we have been as a community and where we need to be heading.” Minnesota State Mankato faculty and administrators, as well as community leaders, local educators and people who were at King’s 1961 speeches participated in the documentary.

A panel discussion featuring individuals from the movie will follow the Zoom screening, and the Greater Mankato Diversity Council’s Pathfinder awards will be announced after the panel discussion.

For more information on the film, contact Haque by email at Jameel.haque@mnsu.edu or by phone at 507-389-5315.

The project received support from the following Minnesota State Mankato colleges and departments: the College of Social and Behavioral Sciences; the College of Arts and Humanities; the College of Education; Diversity, Equity and Inclusion; African American Affairs; Library Services; the Department of Communication Studies; and the Department of History. The following external partners also provided support for the project: Greater Mankato Diversity Council; Love & Struggle; and Target Corporation.