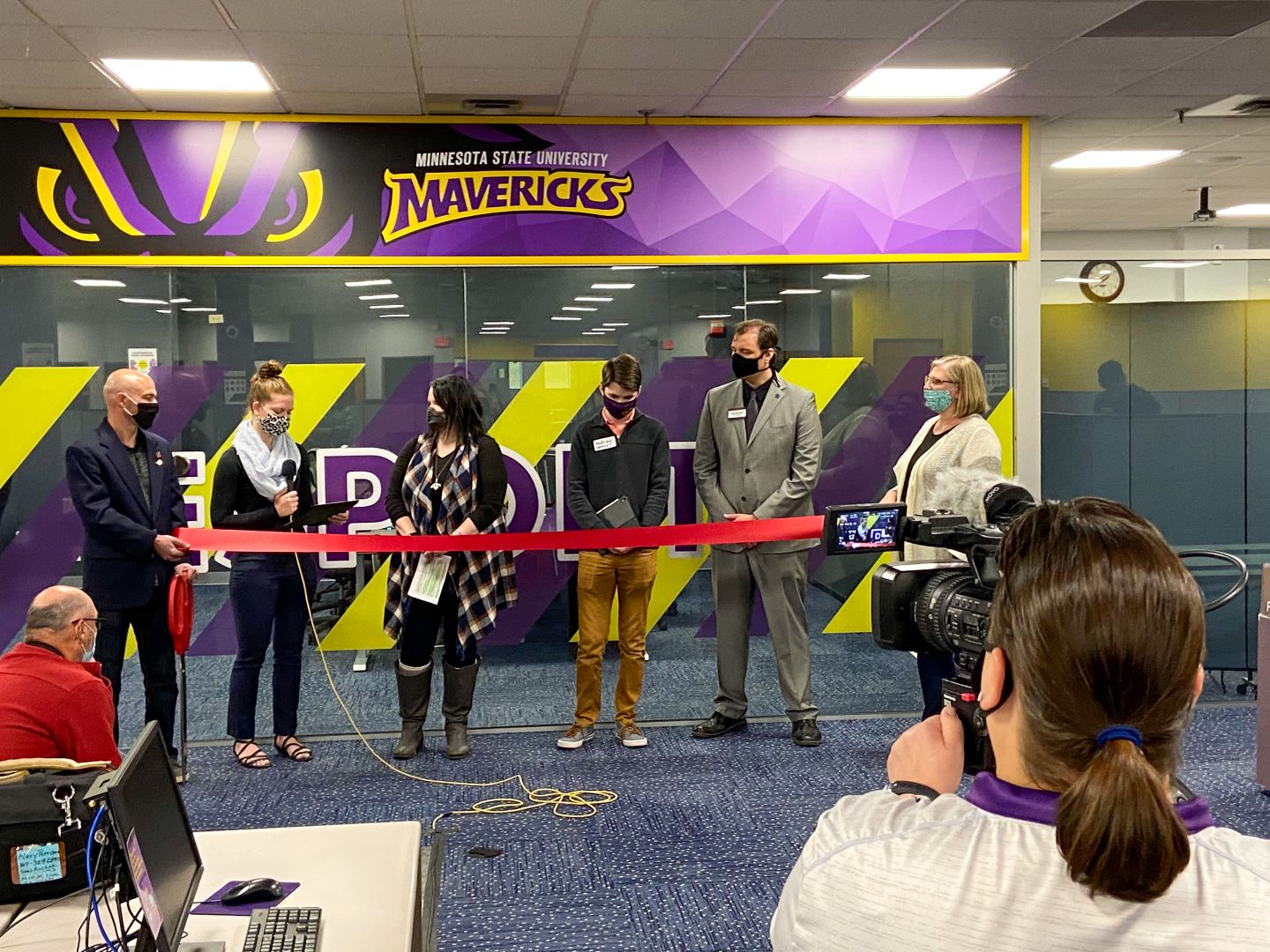 In the above photo, Minnesota State Mankato unveiled its esports training facility in 121 Wissink Hall at a ribbon-cutting ceremony on Oct. 2, 2020. Gaming stations are shown in the photo below.
Maverick Esports Promotional Video
Mankato Free Press
KTOE radio coverage

Mankato, Minn. – Minnesota State University, Mankato Vice President and Chief Information Officer Mark Johnson announced today that the University is starting a varsity esports team that will begin play in the spring of 2021 and be part of Minnesota State Mankato’s IT Solutions division.

IT Solutions will celebrate the new University varsity esports team at an early October ribbon-cutting event in the team’s training facility – located in remodeled space in Wissink Hall’s Room 121F. Details about the ribbon-cutting event will be announced at a later date.

“We are excited to start a varsity esports program at Minnesota State University, Mankato,” said Johnson. “Esports is one of the fastest-growing competitive sports at colleges and universities across the nation. Many Minnesota State Mankato students already play esports through student clubs, and we are pleased to now offer a varsity esports experience to our students as well.”

Minnesota State Mankato’s esports team is a member of the National Association of Collegiate Esports (NACE), a nonprofit membership association organized by and on behalf of its member institutions.

Johnson said Mitch Wallerstedt, chief operations officer for IT Solutions, would be the director of the varsity esports team. Wallerstedt said the team is recruiting students now and plans to hire a head coach soon.

Wallerstedt said Minnesota State Mankato expects that the varsity esports program will organize two or three teams within its program during the 2020-21 academic year depending on the interest of its current students. He said the esports team will work with registered student organizations on campus as well as Campus Recreation to further develop the team, intramural play opportunities and varsity competition.

Wallerstedt said that in its first season the Esports program is expecting to compete in League of Legends, and is exploring CS:GO and EA Sports titles for spring NACE competition. 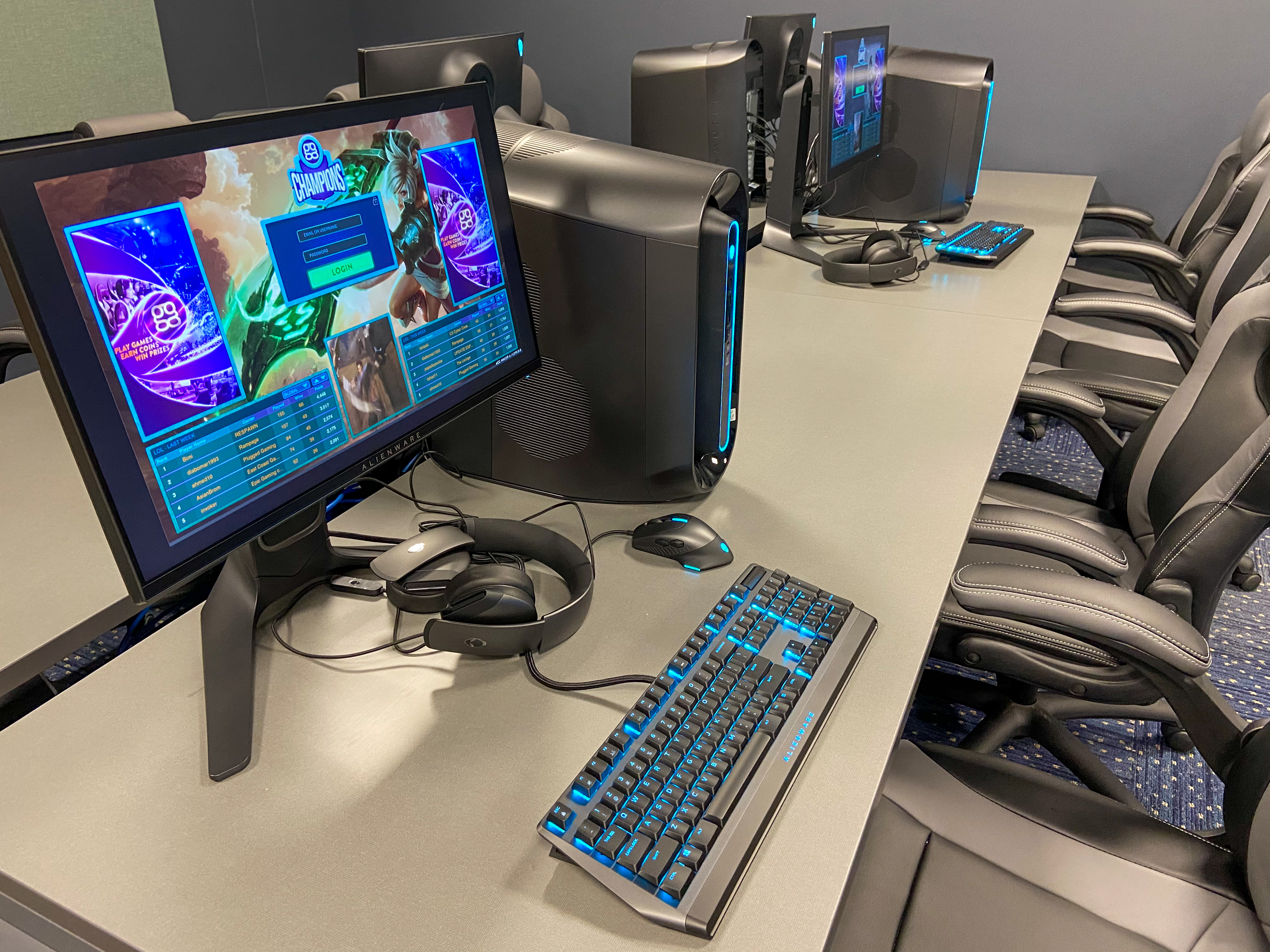 The team will not have any initial travel or recruiting costs. Travel is only expected if teams qualify for championships at the end of the season. Most competition will be virtual and streamed online for fan viewing. In addition to current students already active in the esports clubs, Wallerstedt said the team hopes to recruit high school students who play esports to join the program.

Wallerstedt said the program has potential for future revenue through additional sponsorships and streaming advertisements, and that students have the potential to earn scholarship winnings in tournament play.

The remodeled esports training facility in Wissink Hall’s Room 121F features space for up to 20 gaming stations, but the number of available stations will be reduced during the current pandemic.

Members of the news media interested in interviews are asked to arrange for an interview with Mitch Wallerstedt by contacting Amy Linde, director of strategic communications in IT Solutions, by email at amy.linde@mnsu.edu or by phone at 507-389-1551.