Mavericks will face University of Minnesota on April 7 in Boston 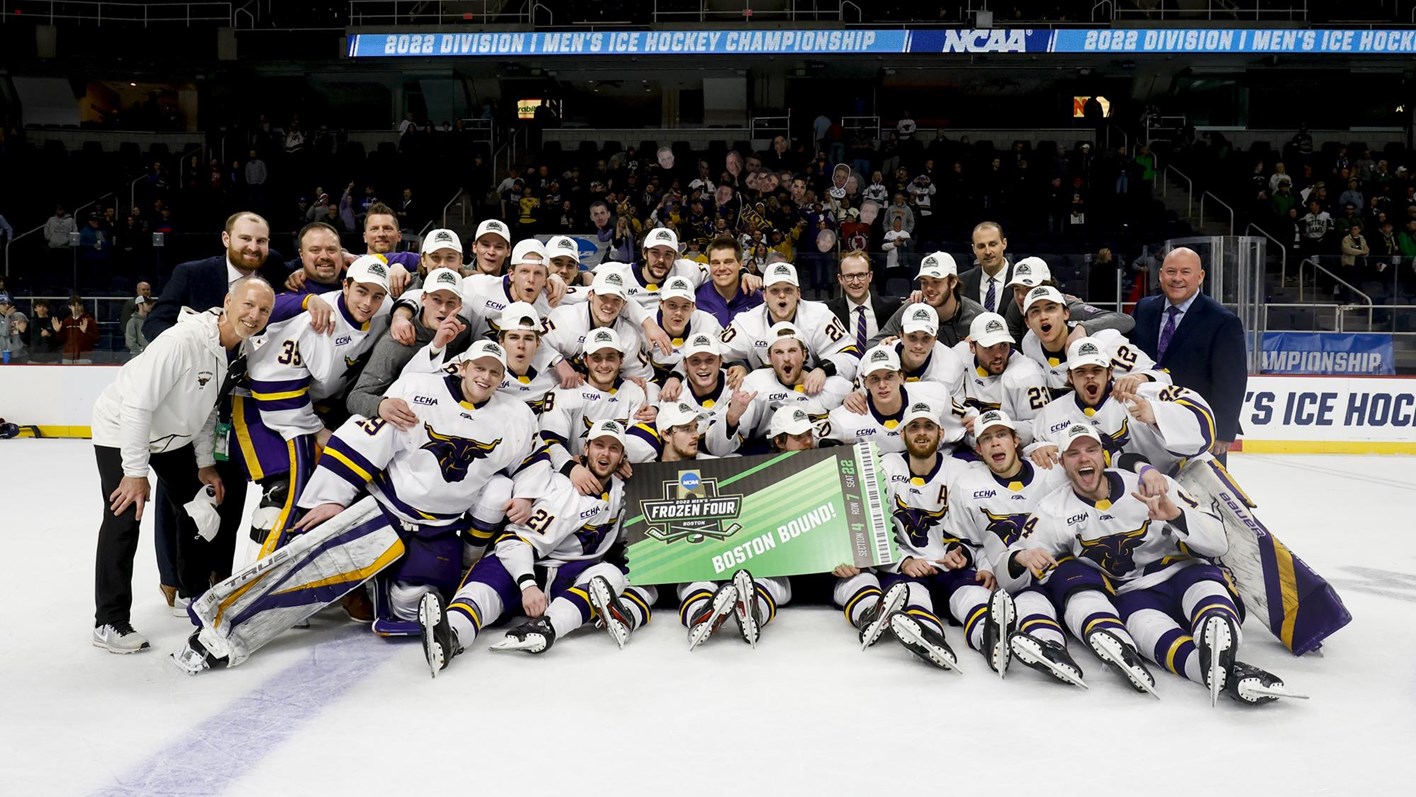 Albany, N.Y.  -- A goal late in the first period proved to be the only scoring in the game and senior netminder Dryden McKay was sterling as Minnesota State held on for a 1-0 win over Notre Dame in NCAA Division I regional championship action Saturday (March 26) in Albany, N.Y.

The Mavericks, 37-5-0 overall and winners of 17 games in a row, now advance to the NCAA DI men's hockey Frozen Four, which will be held at TD Garden in Boston, Mass., April 7 and 9.

Minnesota State will face Minnesota at 7:30 p.m. Central time Thursday, April 7 in the second Frozen Four semifinal game. The Mavericks-Gophers game will be broadcast on ESPNU. Denver and Michigan will play in the first Frozen Four semifinal game at 4 p.m. on April 7. The semifinal winners will advance to the national championship game on Saturday, April 9. The national championship game will be broadcast on ESPN2.

In the Mavericks' win over Notre Dame in the March 26 regional final, it was almost a scoreless first period before junior center Nathan Smith collected a rebound and fired the puck past a prone Matthew Galajda for the only goal of the game. The goal, with 16 seconds remaining in the period, gives Smith 50 points on the season on 19 goals and 31 assists, as he becomes just the fourth Maverick to hit the 50-point plateau in Minnesota State's NCAA DI-era (the others are Shane Joseph (65 in 2002-03), Grant Stevenson (63 in 2002-03) and Aaron Fox (50 in 1999-2000).

Smith's goal held up, as neither team was able to score in the remaining two periods, as McKay, who finished with 23 saves, picked up his 10th shutout of the season. McKay, a finalist for the Richter Award as the top goaltender in the country, stands 37-4-0 on the season with the win. His win extends his NCAA Division I men's hockey single-season victories record to 37 and the shutout extends his NCAA career record to 34.

For ticket information, be sure to monitor www.msumavericks.com/FrozenFour as the availability of additional seats within the University's allotment is anticipated to be in the next couple of days. Tickets may be purchased through Ticketmaster or other sources as well.

Fans headed to Boston for the games are encouraged to follow the Mavericks on Facebook, Twitter and Instagram for information regarding the official Maverick pregame gathering at Hurricane's at the Garden - just minutes from the TD Garden.

Recaps of the Mavericks' march to the 2022 NCAA Frozen Four: