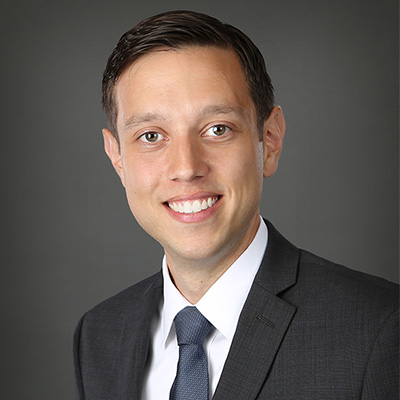 Whiting, a principal global product manager at Medtronic in Minneapolis, is one of four 2018 alumni award winners. He was honored at an April 20 ceremony hosted by the Minnesota State Mankato Office of Alumni Relations.

Distinguished Young Alumni Awards go to graduates who have reached professional achievements early in their careers and have positively impacted their communities.

Whiting graduated from in 2005 from Shakopee High School, where he was senior class president, and graduated from Minnesota State Mankato in 2009 with a bachelor’s degree in marketing and began a career in medical device marketing.

His most notable professional achievement has been his role in writing a business plan for the development and global launch of the world’s smallest heart pacemaker, the Micra™ Transcatheter Pacing System.

Over the past six years, he has traveled in North America, Europe, Asia, Australia and the Middle East to meet with more than 2,000 healthcare professionals during the technology’s development. The device, 93 percent smaller than a traditional pacemaker, is now providing lifesaving therapy to well over 10,000 patients in approximately 40 countries worldwide.

Whiting also serves on various non-profit boards. He is an at-large member of the Minnesota State University, Mankato Alumni Association board and a member of the board’s executive council. He also currently serves as a heart and stroke ambassador for the Twin Cities American Heart Association.

The mission of the Minnesota State University, Mankato Alumni Association is to engage alumni, friends and students in ways that benefit its members and Minnesota State Mankato through opportunities that stimulate a lifetime of interest, loyalty and support.